Headline features include support for OPC UA in the Sapphire Collector via a new Plug-in Dll, “Linked” Stacked Strip Chart mode and new pen scaling helpers such as “Link to this…”.

The OPC Unified Architecture (UA), released in 2008, is a platform independent service-oriented architecture that integrates all the functionality of the individual OPC Classic specifications into one extensible framework.  Unlike ‘Classic’ OPC it does not use the Microsoft Windows-only process exchange COM/DCOM technology, so was felt to be more likely to meet the emerging needs of industrial automation.

Release 6.3 of SapphireTrend sees the addition of an OPC UA Plug-in for the Sapphire Collector, allowing Unified Architecture data to be historized and trended in parallel with Classic OPC DA, SNMP, Windows Performance, Network and Script based data sources.

Stacked graph styles cater for large numbers of pens each with their own Y-axis whilst minimizing lost acreage for plot controls that would be incurred if the pens were in their own plots. However, this representation makes it hard to compare critical unit variables – for example the PV, SP, LPTARGET parameters of a tag – by the very fact that each pen has it’s own Y-axis and therefore independent scales.

The pens that are to be compared could have their scales linked back to a common parent pen and be split into separate plots, one for each linked set, but doing so would introduce wasted space for the time axis, time scroll bar, windows border and item details area that each separate plot would require. This would severely impact the available acreage for the trends themselves thereby reducing clarity.

For release 6.3 a new Plot Preference has been added so that the pen which have their scales linked appear in the same Stack.

This allows related pens to be easily compared whilst maximizing the height of the plot window and therefore the trend lines within it.

A new Plot Properties Preference called “Include Predictions” has been added to allow Prediction Set values to be included in the Auto-Scale calculations for the parent pen (defaulted to Off). This ensures that the prediction trend lines will be visible for parent pens using Auto Scale mode.

In addition a new option has been added to Predictions sets called “Interpolate”. When set stPro will interpolate between the predictions set samples as opposed to propagating the last value – as was the case with releases prior to 6.2.0.36.

A new Auto-Scale mode of “Banded” has been added which adds a variable width blank ‘band’ at the top and bottom of the plot window for pens in Auto Scale mode. This has the effect of pushing the trend lines for the pens to the center of the plot window (hence ‘banding’), thereby reducing the illusion of point instability.

The setting is also available as a User Preference on the Plot tab which will be used to seed any new plots as the setting is ‘cascaded’ down to the plot level.

The setting can then be overridden on a per plot basis in stPro via the Plot Properties dialog (F9), Preferences tab.

Release 6.3 brings a new convenience ‘Right-click’ option for pens in the Item Details Area under the plot.

Called Link to this it allows a ‘set’ of pens that match a given search criteria to be linked back to a common parent pen in a single action.

For further details of the new features in release 6.3, review the Online Help and the product Release Notes. 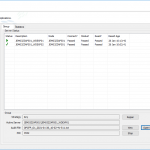 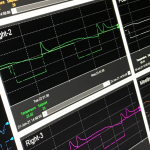